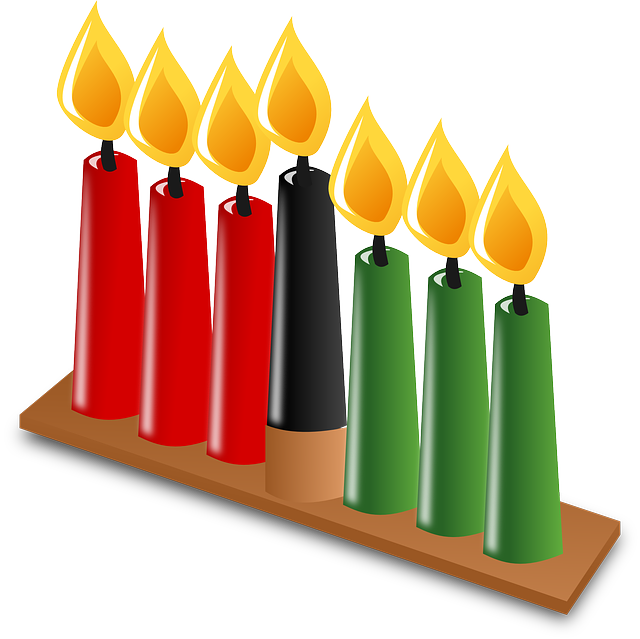 Oakland, California–Kwanzaa, a weeklong holiday celebrating African culture and traditions, has been around for half a century. The first Kwanzaa began in 1966.

For the last eight years in the United States, we have had a president, Barack Obama, who has been supportive of Kwanzaa and celebrated it himself.

But this year, there is a special reason to pay attention to the holiday.

Donald Trump is our president-elect. This is a man who has described black neighborhoods as “war zones” and said black people see nothing but failure around them.

Trump’s view of “the blacks” is misguided. And Kwanzaa is a perfect time to reflect on this.

Kwanzaa is often referred to as “Black Christmas.” But that is not correct.

Dr. Maulana Karenga, the founder of Kwanzaa, stated in his 1997 book, “Kwanzaa: A Celebration of Family, Community, and Culture,” “Kwanzaa was not created to give people an alternative to their own religion or religious holiday.” It is something that people can celebrate in concert with other traditions.

This year’s Kwanzaa theme, appropriately enough, is “Kwanzaa, the Nguzo Saba and Our Constant Striving: Repairing, Renewing, and Remaking Our World.”

Personally, I have been celebrating Kwanzaa for nearly 40 years. This year, I will have a gathering on the first day of Kwanzaa, Umoja, which stands for “unity” in Swahili.

I have invited friends through Facebook to join me in a simple celebration. I asked them all to bring a drink to share. The only requirement is that they respond to the traditional greeting, “Habari Gani?” which means “What’s the news?” in Swahili. The response is the day of Kwanzaa that it is.

I will have decorations, including candles representing the seven principles of Kwanzaa. I will have Kwanzaa books. Also red cups and mud cloth table clothes. I will play Kwanzaa-related and inspirational music during the celebration.

My gatherings are socializing, coming together with the candles lit. They are celebrations.

When I say “Happy Holidays,” I mean all three. They can and do co-exist and there are many of us who celebrate all or a combination.

Yes Virginia, there are Jews of color, and Jews who celebrate Christmas. There are people like me who identify as spiritual rather than as a member of one faith. Kwanzaa is a cultural celebration, not a religious one.

— Akilah Monifa of Oakland, Calif., is editor-in-chief of Arise 2.0, a digital global publication focusing on news, issues, and opinions impacting the LGBTQ of color community. Monifa wrote this for Progressive Media Project, a source of liberal commentary on domestic and international issues; it is affiliated with The Progressive magazine.